This post describes my paper Scalable methods for computing state similarity in deterministic MDPs, published at AAAI 2020. The code is available here.

We consider distance metrics between states in an MDP. Take the following MDP, where the goal is to reach the green cells:

Now imagine we add an exact copy of these states to the MDP (think of it as an additional “floor”):

And imagine after each action the agent randomly transitions between these two floors:

Notice that since the optimal policy is identical on both floors, we just doubled the state space for no reason! We should really be grouping together similar states.

What we need is a notion of state distance that captures behavioural indistinguishability.

First, let me explain bisimulation relations, which was introduced by Givan, Dean, and Greig.

Two states, $s$ and $t$, are considered bisimlar (denoted $s\sim t$) if, under all actions:

This is often easiest to understand via an illustration. Consider the folloowing system:

A bisimulation equivalence relation would collapse the 8 states above into an equivalent 4-state MDP: 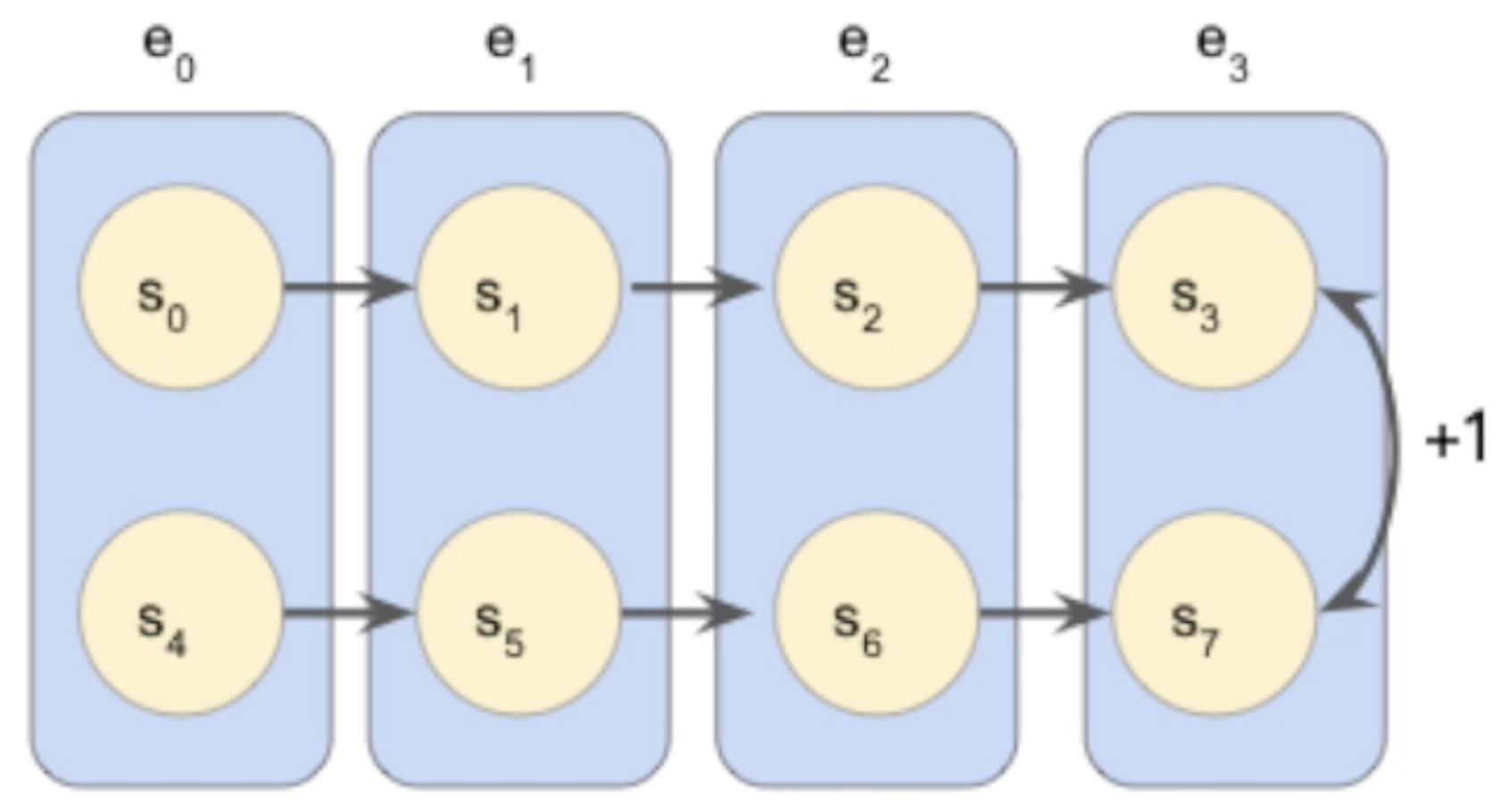 But, unfortunately, bisimulation equivalence is brittle, as it’s a 0/1 relationship!

These metrics have nice theoretical properties, such as: the bisimulation distance between two states is an upper-bound on their optimal value difference:

Bisimulation metrics have three shortcomings I address in my paper. 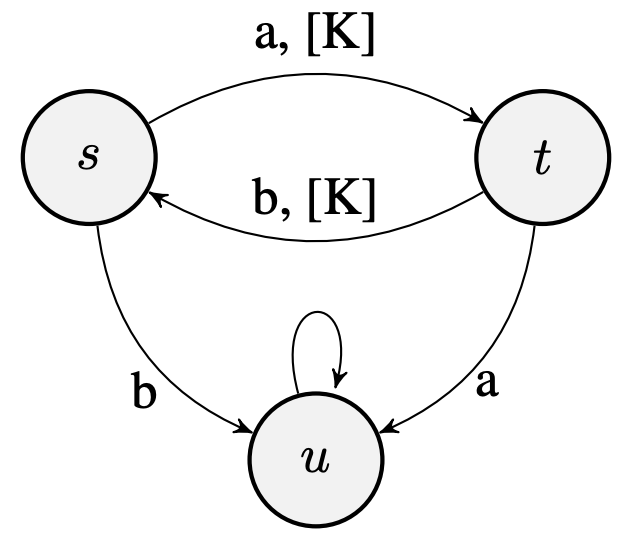 Bisimulation metrics have been traditionally solved via dynamic programming. But this can be very expensive, as it requires updating the metric estimate for all state-action pairs at every iteration! Note that this means computing the Kantorovich (which is an expensive linear program) $|\mathcal{S}|\times|\mathcal{A}|$ times at each iteration.

Sampling! If we assume a deterministic MDP, I provide an update rule using sampled pairs of $\langle s, a, r, s'\rangle$ transitions, and prove that this is guaranteed to converge to the true metric! See Theorem 4 in the paper for details.

Use neural networks! Consider a trained Rainbow agent, and take the penultimate layer as the representation ($\phi$):

We can concatenate the representations of two states: 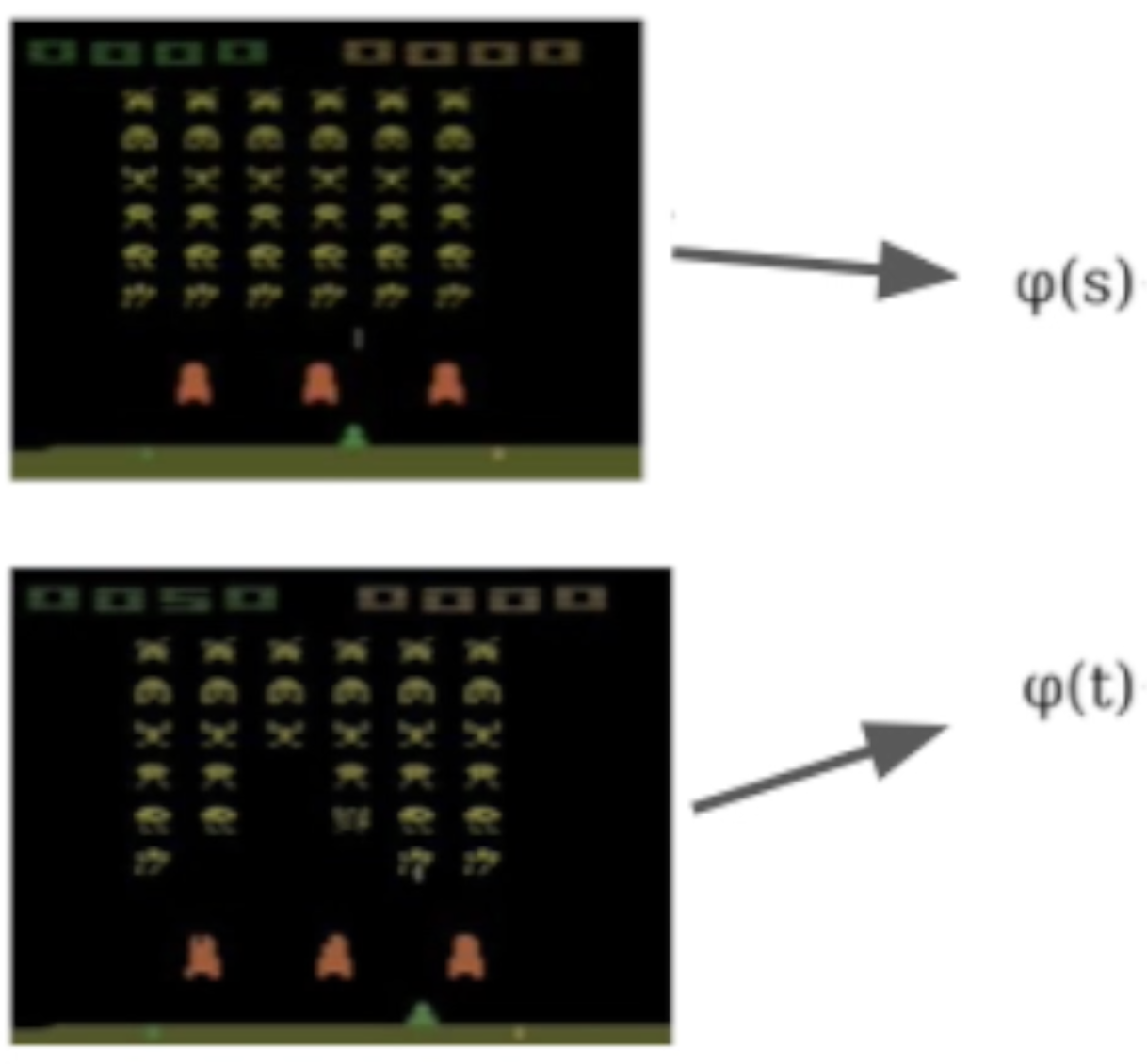 And feed them through a neural network, where we denote the output of the network as $\psi(s, t)$:

Take a trained Rainbow agent and compute the distance from the first state: 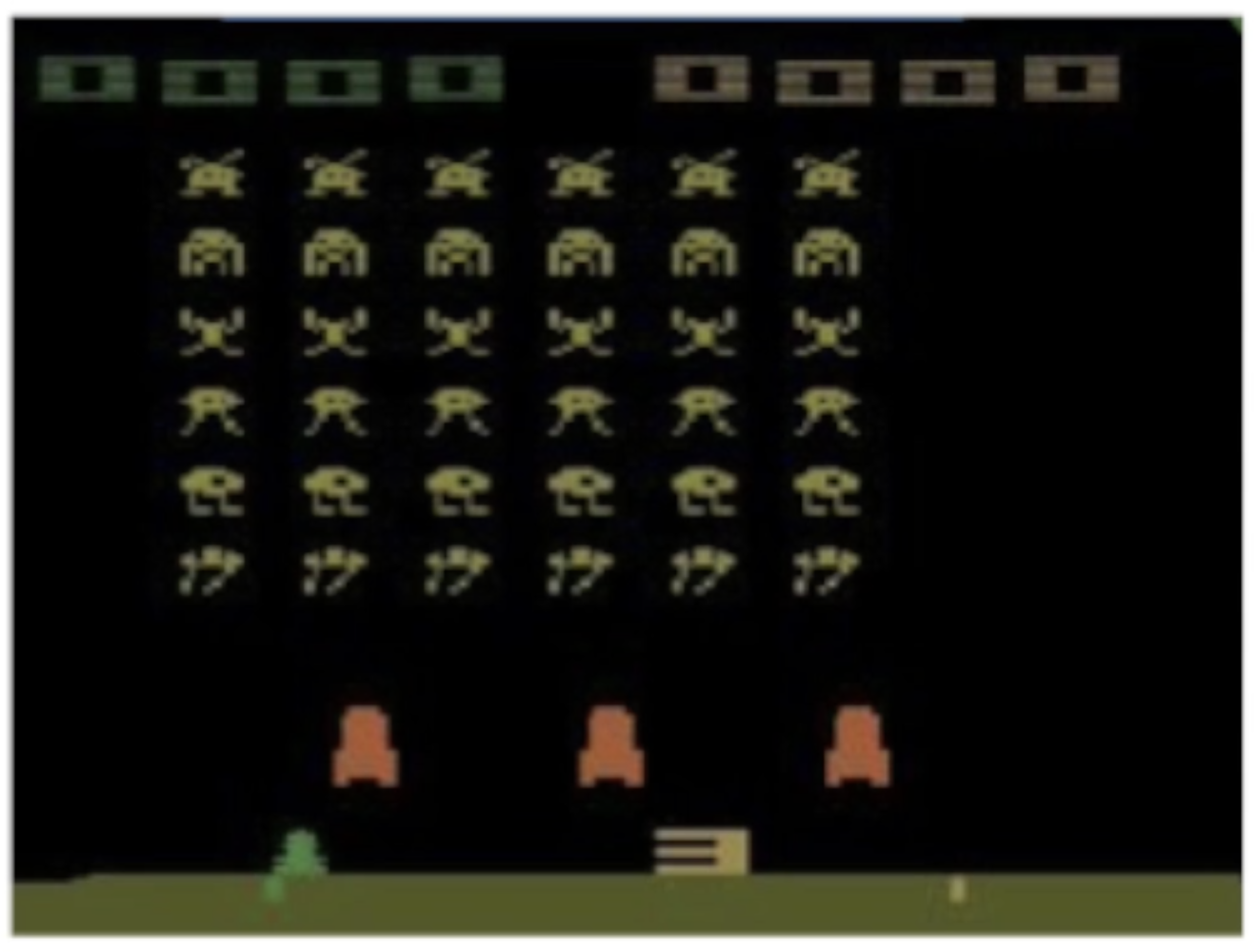 to every other state:

Let’s see the results! Notice how the metric jumps when an alien ship is destroyed:

Please use the following BibTeX entry if you’d like to cite this work: