This paper was accepted as a spotlight at ICLR'21.

We propose a new metric and contrastive loss that comes equipped with theoretical and empirical results. 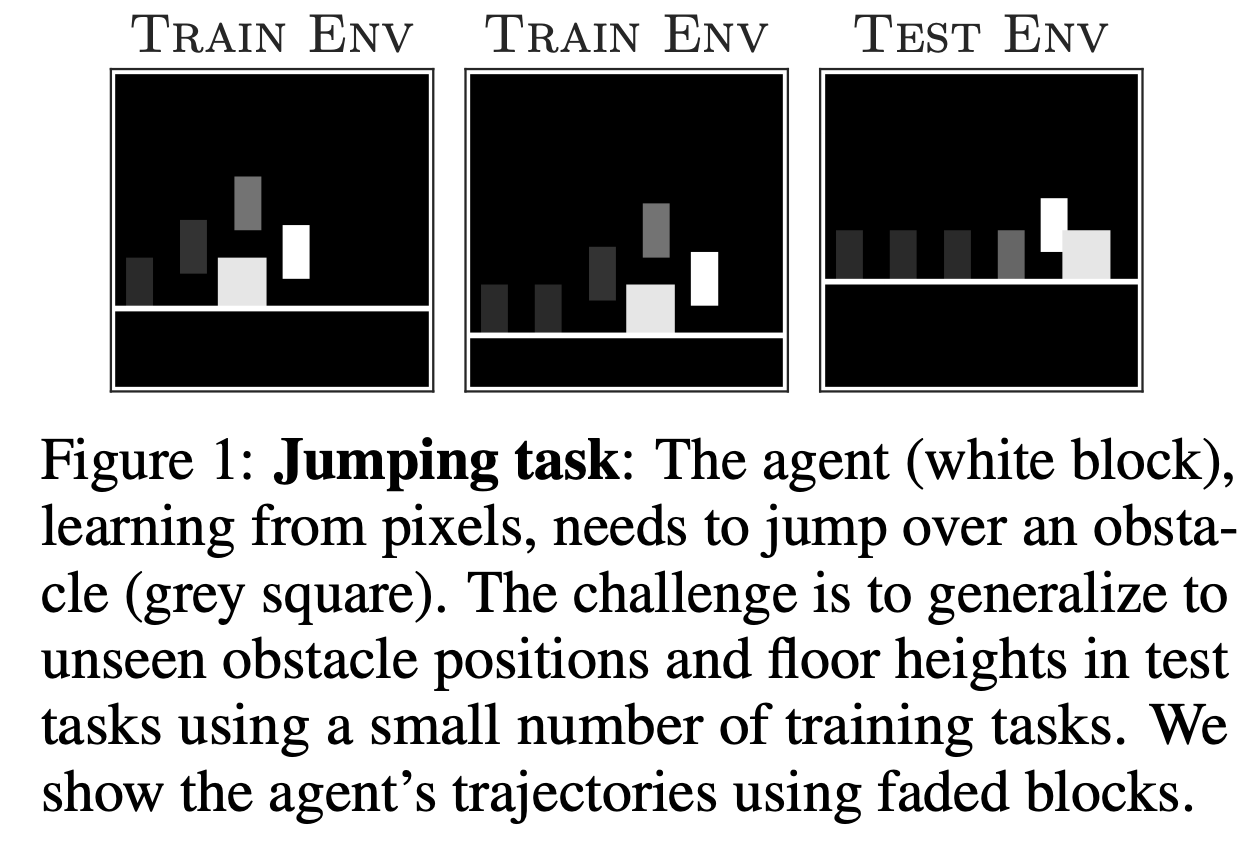 If we were to use this metric for policy transfer (as Doina Precup & I explored previously), we can upper-bound the difference between the optimal and the transferred policy:

We use this metric to define a loss for learning contrastive metric embeddings (CMEs) that aim to learn a structured representation respecting $d^*$.

The resulting algorithm is as follows: 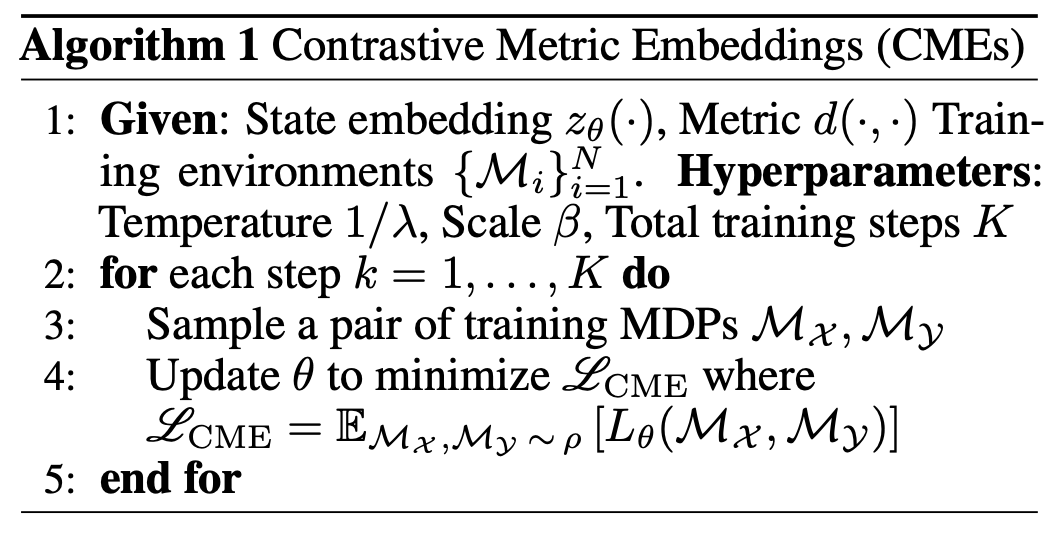 We first evaluate this loss on the jumping task which, although seemingly simple, proves surprisingly hard to generalize in. our method produces the overall best results, both in quantitative terms:

We also evaluated on a linear quadratic regulator with distractors where we obtained really great performance: 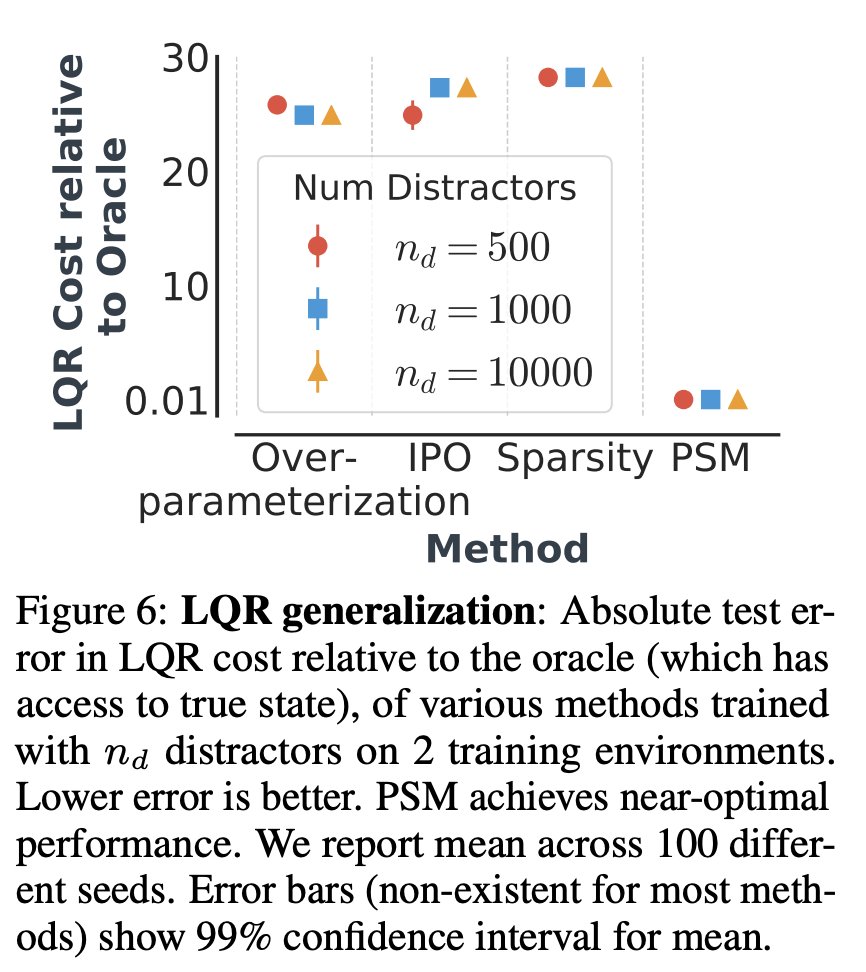 Finally, we also evaluated on the recently-released distracting control suite where we augment the current SOTA with an auxiliary loss for learning PSEs. This produced a new SOTA :)